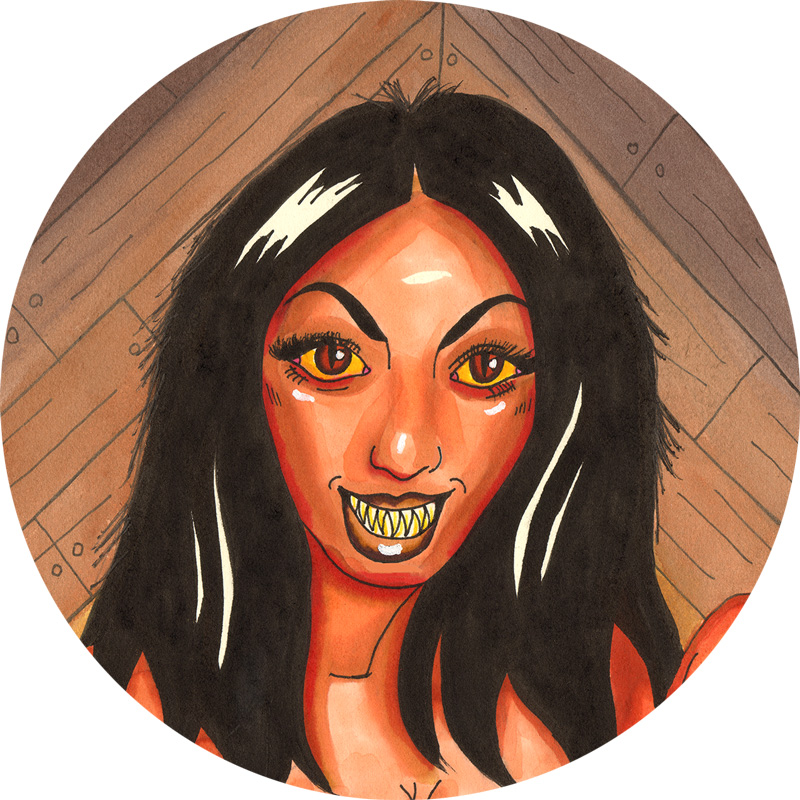 Corinne Halbert has lived and worked in Chicago for the past decade. Originally hailing from suburbs of Boston she’s a Masshole for life. Halbert received her MFA in Painting and Drawing from the School of the Art Institute of Chicago in 2008. She’s a painter, illustrator and cartoonist who specializes in erotic horror and horror comics. Halbert has self-published six issues of Hate Baby comics since 2010 and has contributed work to Black Eye, Magic Whistle and Suspect Device. When she isn’t rendering body cavities real and/or imagined with her signature psychedelic aplomb, Halbert peddles zines, comics, and other incendiary literature at Chicago’s revered Quimby’s Bookstore.